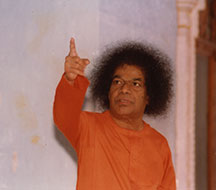 The power of Gayathri Mantra

The most significant karma in a man’s life lies in his natural birth from the mother’s womb. This is the natural birth, a state without any rules. The initiation into the chanting of the Gayatri mantra signifies the dawn of man’s second birth. ‘Gayatri chandasa mata’ meaning Gayatri mantra is the very embodiment of the quintessence of the vedas. It is verily the mother of vedas. ‘Ga’ means ‘jiva’ or the forms of the individual. Hence Gayatri is that which protects and fosters all life forms. So, one must realise the truth that, being initialised into the Gayatri mantra is like being born again. When one chants the mantra, bound to a certain code of conduct and rules, then one qualifies oneself for the study of vedas. One attains the third life as a ‘viprudu’, when one chants the vedas. When this is considered as the third birth, one must follow the path of gradual study of vedas, knowing the significance of the mantras therein and lead one’s life in accordance with the said principles. By studying the vedas one would succeed in attaining ‘Brahma’. It is only when one acquires the state of ‘Brahma’ that one can be called a ‘Brahmana’. It is important that one is a Brahmana not only by virtue of his birth but also by virtue one’s actions. One should also realise and continue to realise the truth that being called a Brahmana by virtue of birth and actions is truly the path to the divinity.