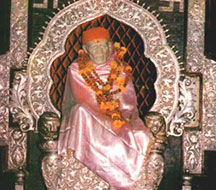 Swami on the role of Sathya Sai Seva Organisations

Embodiments of love! There is one other thing. In the Sathya Sai organizations, We have appointed people with designations like State Presidents, State conveners, District Presidents, District Conveners etc. For what purpose have these posts been created? Not to seat them on a throne of arrogance. To set an ideal by bending and practicing. But, some people have the pride that he is a president and is not participating in service. The President should take the first step forward and set an example for others. What is the meaning of the word leader? He who stands in the front and leads is a leader and not the one who stands behind and pushes. One who leads stands in the front and not behind. So, all those who call themselves Presidents should lead. From now on, only those who lead and stand in the front qualify to be president, else, they do not deserve to be presidents in any way. Not only this, everyone should be working as brothers and sisters. If, in Sathya Sai Seva Organisations itself, there are such differences between individual, where can there be oneness. If there is unity, what authority will we have to tell others? If one does not have such equal mindedness, one does not have the authority to tell others. Even if there are individual differences, they should be kept aside and the whole community should be regarded as one and one should come forward to serve it. There should be no room for any differences of opinions at all.