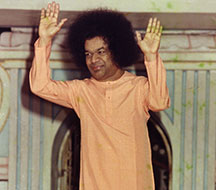 Listen to your conscience and not the world: Story of a donkey

One should not follow others blindly. Following others blindly will only lead to ruin. A small story: A grandfather and his grandson were going to the next village to buy some items along with their donkey. The grandfather was old and the grandson a young boy. The grandfather took along his grandson as his help. On the way they met an acquaintance. The acquaintance said, “O what are you doing? You are doing such a foolish thing. Why walk when you have a donkey with you? One of you could ride the donkey to the village.” Then the old man mounted the donkey, thinking the advice to be reasonable. After a while they were accosted by another acquaintance. He said, “Old man, being a grown up person, how can you make the small boy walk? Why don’t you make him ride the donkey?” The words of the acquaintance seemed true to the old man and he got down from the donkey and made the grandson sit on the donkey. Thus they travelled some distance. “Why is one walking and another riding? After all it’s a donkey, it can bear two riders.” said another person. Thinking it to true, both sat on the donkey. The donkey’s back bent under the weight the two sitting on it. Then again somebody came and said, “What hard hearted people you are?! That is a dumb animal and if you put so much weight on it, won’t it die? It is foolish on your part.” So the grandfather and the grandson got down from the donkey. The donkey was tired and did not have the strength to continue further. Yet another person came and on hearing the old man lamenting about carrying the tired donkey, said “I will give you a staff. You tie the donkey legs around the stick and you both carry it.” The grandfather and the grandson continued walking while carrying the donkey on the stick with great difficulty. On reaching a small hamlet, the kids of the hamlet saw the donkey being carried in a weird way and started laughing loudly. The loud laughter scared the donkey and it started to wriggle frantically. They were on a bridge crossing a river. The frantic movements of the donkey made the old man and his grandson fall in the river below. Just as those two people who fell in the river listening to all and sundry, so also is the condition of people who follow others blindly. One must follow one’s conscience, heart and follow one’s master and experience the oneness with the heart. One must not be so innocent as to listen to and believe all and sundry. One must follow one saying and one path. This is what one must practice.