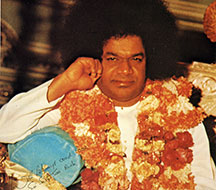 You should recognize one important point. Lincoln was born in a very poor family in United States of America. Father was a carpenter. Mother, Nancy served as a tailor stitching old clothes. The boy associated himself with rich children and attended school. All the rich boys started heckling him. Everybody made fun of him because of his dress and poverty. Lincoln being a young boy could not bear this and went to his mother and cried, "I am put to shame by my friends.I want a new dress. I want everything that is good now". The mother explained to him and said, "understand our position first, know the position of the family next, we are very poor, we do not have enough to eat. How can we have rich dress? Therefore we should understand our situation and then live. You are bound to come up in life. Carry on your life based on your self confidence. Never be mindful of others opinions. Self confidence is the foundation. With self confidence make every effort from now on. Mother explained clearly with appropriate suitable, good examples. Since then Lincoln developed this quality of immense self confidence. He worked hard. He didn't bother what other were saying and said that is their liking and this is my taste. My self confidence will safeguard me. I may not have the wealth of the world but I have got this wealth of self confidence. He carried on his life with this self confidence. In the mean time the mother died. In spite of that the teaching of the mother stayed with him all through. Father married second time. it is quite natural for them but she too took care of him with love. The step mother also said, develop the self confidence as taught by your mother. The same teaching was given to him by her. Later he has taken a degree. Then he found it hard to carry on further. He could not carry on his father's profession. He wanted to take up some job. Then he thought I don't want any job. the one who relies on self confidence , He wanted to stand on his own feet so he started a business. He completely tread on the path of truth. In fact he was deceived by many people. In this world it is quite natural that many can't see good, people cannot bear others progress. this has been going on since ancient times. Because of his full faith in his mother's teachings he was not bothered by these. He failed in that business too. He sold all the objects and material with him and cleared his debt. Is there any greater misery than being in debt? The greatest act of charity is the offering of food. There is no greater God than one's parents. In fact enmity is one of the worst diseases. compassion is the greatest duty. Friendship is the greatest wealth. What else? There is nothing worse than bad name which is same as death. Good reputation is the greatest wealth. Chanting God's name is the best jewellery. He was thinking like this. he cleared all the debts by selling all the belongings. At this time, friends who knew his honesty and good nature they said, "Elections are fast approaching, they said you contest we will help you. He then contested the parliament elections. He won the elections. After this victory all parties praised Lincoln. All made Lincoln the President of the United States. he then could understand the value of the mother's words and the value of self confidence. Because of his self confidence he had full faith in his mother's teachings. Whatever mother said is truth. In fact his actions are truthful. After becoming president, at that time there were some differences between Blacks and Whites. The White people started harming the Black People. The Blacks assembled and met Lincoln, they requested him to resolve this problem of inequality. In fact all are equal. All are the children of God. Then why should there be disparity. He never wanted this racial discrimination to exist any longer. In fact this equality brought him more success. All black people started praising Lincoln.