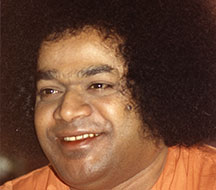 All Indians must be united: Analogy of Dharmaja

Divine and novel thoughts are within man. For this, unity is very essential. Dharmaja set a very good ideal in this aspect. How did he do it? “We are one hundred and five brothers. We are not just five but a hundred and five brothers. During times of difference of opinion amongst us, we are five Pandavas and hundred Kauravas. But when threatened from outside we all unite to form a hundred and one brothers.” Similarly, all Bharathiyas should be one. The culture of Bharath is one, its Dharma is one, and Bharath race is one. Forgetting such oneness and giving room to differences the whole country is divided and has lost its sanctity. Party might be different, race might be different, state might be different, but all Bharathiyas are one. With such conviction the Bharathiyas should stand united and protect the nation. There may be many individual differences. On individual level, each one is for himself. But with respect to country all must unite and stand as one. This is the principle of Dharmaja. When there are differences amongst themselves the five Pandavas are apart from the hundred Kauravas. But when the country is threatened all unite as one. This unity, which is the main principle of Dharmaja, must be fostered.