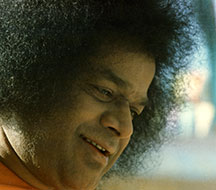 If you follow Swami's command and lead life, HE will manifest in a second

First and foremost one should have steady and intense faith in Vedanta. One can conduct oneself properly only when one has such faith. Swami will manifest in a moment to the one who follows Swami’s commands with unwavering faith, and continuous thinking. This is taught in the second part, the ‘Sankhya Yoga’. This segment deals with Sankhya, the numbers hence the name, ‘saankhya’. The five elements, the five senses, the five life breaths, and the five life sheaths- they make twenty in total. Mind, intellect, conscience, and ego- together they make a total of twenty four. Along with the vibration or life force they all make a total of twenty five in number. This segment is made up of these twenty five elements hence the name ‘Sankhyamu’. One must surrender them all to God. One must try to recognise these factors in Vedanta. Vedanta is very easy. One only gets confused because one does not know it. One might even get depressed. The confusion and depression together will lead on to a total loss of fuse. Once it is known Vedanta is very easy. It takes some effort to crush a rose petal, but to follow Vedanta is easier and simpler than crushing a petal. It might be a difficult task to churn the butter but following Vedanta is much easier than churning the butter. Butter is very soft. Students must know this clearly. The butter is very soft but heat is required to melt it. God, too, is very soft; soft and sweet. But if one wants to experience God, one must expose oneself to fire of wisdom. It is only when the butter is exposed to heat that the soft butter melts. This was taken as an ideal by the Vanaprastha of yester years. One day the wife put three rocks together and put a vessel filled with rice and water to cook on the three rocks. She then lit the fire. The husband, who was incessantly immersed in the thought of Brahman, took this scenario as the one depicting the principle of Brahman. The three rocks were likened to the three gunas, qualities namely the ‘Sathwa’, ‘Rajas’ and ‘Tamo’. The vessel was likened to the body. The water in the vessel represented the water of love. The rice in the pot represented one’s desires. The fire, on which the vessel is placed, is likened to the fire of wisdom. Is the fire touching the rice directly? Why is the fire placed below? It is to cook the rice. But the fire does not reach the rice directly. The fire heats the vessel first. Then the water gets heated next. It is the hot water that heats the rice. Therefore, first and foremost the body must be exposed to ‘heat’. The word ‘near’ is used in this context. Then next is love.