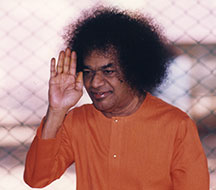 Therefore Vedas are limited to the physical world. Next is the ‘Vedantam’, which is most important. For the spiritual path, this is the true beginning and the true goal. The beginning and the end are one and the same. It is very difficult to know the different levels prescribed by the Vedantam. Hence the whole of Vedantam has been summed up into three aspects. Students must listen very carefully as it is essential to know about these three important aspects. The most important and the one that needs to be known are these three aspects. The first one is the ‘Tarakam’. The second one is ‘Sankhyam’ and third one is ‘Amanaskam’. These three are the end and essence of Vedanta. What is meant by ‘Tarakam’? It is ‘Khechari’, ‘Vechari’, ‘Madhyama’ and the true essence ‘Bhagawati’. One must try to analyse the essence of these four aspects. What is the meaning of ‘Tarakam’? Many people have described it in many ways. There are five signs in this. One should know clearly the five signs, ‘Pancha Mudras’. One should know these five signs, research and investigate them properly, experience them, then determine the necessary and the unnecessary and brush aside the unnecessary; have a vision of nadabindu and realise the ‘Hamsatwa’, later on experience the state of Sath-Chit-Ananda on earth—this sums up ‘Tarakam’. Immersing and concentrating the human mind in the principle of sath-chit-ananda, the ultimate bliss is called as ‘Tarakam’. The second one is ‘Sankhyamu’. It refers to the ‘Panchendriya’, the five senses, ‘Pancha prana’ the five life breaths, ‘Pancha bhoota’ ,the five elements , ‘Pancha kosamu’ the five life sheaths, the mind, ‘Chittamu’- intellect, ‘Antahkarana’- conscience, jeevamu -the in-dweller- these twenty five aspects. Then one must properly investigate and research each aspect to know the real ‘I’. Investigation and enquiry must lead one to know that none of them is the real “I”. Believing that none of the aspects help in knowing the real principle of one self- the Atma, one must realise that the principle of atma is the Sat-Chit-Ananda which is beyond enquiry and beyond the transcendental. Ultimately one realises that the sath-chit-ananda is atma and that one is atma, and realises the total identification of the “I” with the Atma. This is called as ‘Sankhya yoga’. It involves a thorough enquiry of the inner as well as the outer senses. Next is the ‘Amanaskamu’. What is the meaning of ‘Amanaskam’? The thing that is seen with the help of the five elements, the entire physical world, is the manifestation of the inner vision. The entire existence is nothing but the Brahman for there exists none other than that, “yekam yeva adviteeyam Brahma”, there is only one, the magnificent Brahma. The entire creation is Brahma. There is no second entity. In that scenario, the mind that thinks, too, does not exist. The vastness of the creation is visible only when there are thoughts and counter thoughts. Without the vastness when everything exists as single entity, the mind ceases to exist. Whatever one sees is Brahman, whatever one listens is Brahman, whatever one thinks is Brahman, whatever one utters is Brahman, and whatever one does is Brahman and wherever one walks is Brahman. Therefore when everything is Brahman, there is no mind. The thoughts and counter thoughts occur only when there is a second entity. Since there is no scope for thoughts, it is called as ‘Amanaskamu’, the state of retraction of mind. In that state love alone exists. That love is the truth. Truth and love are one and the same.