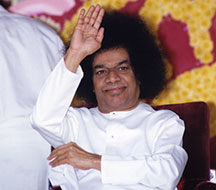 In this great country of ours, the sacred relationship between the teacher and the taught has now become extinct. Truth and discipline, which are essential to good living, have become scarce. Devotion and self-confidence, which should be the primary ideals in our conduct, have disappeared. Moreover, desires devoid of responsibilities, have flourished. Forbearance is the primary feature of our lives. We should be interested to cultivate respect for truth. In our culture, respect for one’s mother is regarded as even greater than one’s own life. In such a country, alas, the morals, traditions and attitudes, prevalent in foreign countries have been adopted by us today. We are completely immersed in superficial appearances. How shall I tell you? The children of mother India do not realize the strength of their own traditions, like the elephant which does not know its own strength.