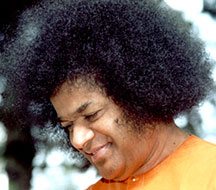 People sometimes break their promise. There cannot be a greater sin than going back on one’s word, which is why Emperor Bali declared: “Can there be a greater sin that failing to keep one’s word?!” A word given becomes sacred and must always be kept. During the days of Shirdi Baba, many people used to go to Shirdi for Darshan. There lived in another town a person named Tarkad, whose wife and sixteen year old son had great faith in Baba. While Tarkad himself was not a devotee of Baba, he did not object to his wife and son worshipping Baba. One day, Tarkad’s wife and son wanted to go to Shirdi. Tarkad who belonged to a sect known as the Brahmo Samaj did not like to go on pilgrimages. He therefore excused himself but permitted his wife and son to visit Shirdi. Such restricted thinking is a sign of spiritual weakness. Those with such limitations fail to realise that though people may profess different faiths, there is only one God and not many. Thus it is that Tarkad told his wife, “I am not interested in visiting Shiridi; however, you may go, along with our son.” Hearing this, the son said that he did not want to go. When the father asked his son why he did not want to go to Shirdi along with his mother, the son replied, “Father, every day I offer prayers to Baba, at the end of which I make an offering of sugar candy to Baba. Later, I eat the sanctified candy as prasadam or a Divine gift. Going to Shirdi would upset my daily routine and that is why I prefer to stay here and not go to Shirdi.” Tarkad who loved his son very much was moved and asked his son to accompany his mother, promising that he, Tarkad, would perform the daily ritual on behalf of his son. The son repeatedly asked his father: “Are you sure you would worship Baba as I did, offer Him candy and then partake of it as Prasadam? Unless you give me that promise, I will not go.” The father was deeply moved by the faith his son had in Baba, and felt ashamed that he did not have the discipline his son had. He then gave his solemn promise to his son that he would follow the same routine as his son used to. The mother and son then left for Shirdi while the father began to observe the daily ritual his son used to perform. As a part of the ritual he offered candy to Baba and later reverentially partook of it as prasadam. Three days had passed and it was Thursday. That day Tarkad had some important work in the court. In the morning, Tarkad had his bath, offered worship, ate breakfast and rushed to court. Tarkad then returned for lunch time and asked his cook to first bring Baba’s Prasadam before serving lunch. The cook replied, “Sir, this morning you did not offer candy to God; so I cannot serve you any Prasadam.” Tarkad felt great distress not because he had omitted to offer candy to Baba but because he had broken the promise given to his son. On the following day, Tarkad’s wife and son went to have Darshan of Baba. Baba said to them, “I went to Bandra – that was the place where Tarkad lived – but no one offered food to Me! I did not get the sugar candy that is normally offered to Me. I am hungry and would be happy if you can give Me some food now!” Tarkad’s son was absolutely shattered. Later, sitting on his mother’s lap, the boy wept bitterly over the fact that his father had not kept his promise. The boy then said to his mother, “Father gave his word but failed to make the offering. That is why Baba returned disappointed! Mother, I cannot stay here any longer. I do not wish to miss my duties. I am returning to Bandra.” Just then Jog, a constant companion of Baba, came to where the boy and his mother were and said, “Baba says there is no need for you to go back. You are not at fault and it is your father who broke his promise. You have My blessings and you can stay here as long as you like. Though somewhat unhappy about the broken promise, the boy and his mother stayed in Shirdi for ten days and then returned. The moment they returned, the father apologized to his son and said, “Though you are much younger than me, I ask you to excuse me.” The son replied, “You have to ask Baba to pardon you and not ask me to excuse you.” One might belong to any faith group like the Brahmo Samaj or Arya Samaj or Daiva Samaj. A promise is a promise and once made should not ever be broken. The son continued, “It is important for you to adhere to Truth. As a lawyer you argue in a Court of Law. Think how many families would be ruined if you deviate from Truth.” “Emperor Manu preached and strictly adhered to sacred Dharma. Therefore, if you do not adhere to Truth, all your study would be a waste. Father, you should be a lawyer and not a liar.” Thus, when one leads a disciplined life, one can attain the Divine. To begin with, the body must be sanctified through good actions. It all begins with discipline. From dawn to dusk, all the daily duties must be performed in a highly disciplined manner.