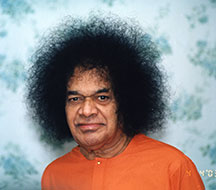 We should develop unwavering faith

"Isa Vasyam Idam Sarvam'. This means that the ‘Eshwara’ is present in everyone and in everything. If we truly believe in what is said and if we have firm faith in these ideas then, we will never hurt or cheat or cause harm to others but we are just listening to these things and not putting them into practice. A great devotee of Shiva went to a Guru and he got a mantra from the Guru. What is that Mantra? It was 'Shivoham'. He was uttering frequently this mantra. On some other occasion another guru met this disciple and asked him, “Have you learnt any mantra? Are you repeating any Mantra?” This devotee told the guru, “Yes, I have learnt a mantra, I repeat the mantra always and the mantra is my life and everything to me, I repeat it constantly.” The Guru asked, ""Do you have complete faith in the mantra that you are reciting?"" This disciple said, “If I had no faith in the mantra, why would I make my whole life depend on the mantra?” The guru asked, “You say ‘Shivoham’ is the mantra, so what is its meaning?” The disciple said, “It means ‘I am Shiva’, I am Shiva’.” The Guru asked him, “Is it true?” The disciple said, “It is true and it is true at all times.” The Guru asked, “If you are Shiva what should Parvati be to you?” The disciple cried, “Blasphemy! Blasphemy!” Had he full faith in the mantra, he would have said that Parvati, is his wife and that she is his energy. He was just reciting the mantra. He neither had faith in the mantra nor did he believe in the truth of it. Such mantras though repeated any number of times and for whatever time, yield nothing as it is like pouring water in a pot which has a hole. We should chant in such a way that we strengthen whatever faith we have, and make it firm and strong. Moment after moment for small things we should not allow our faith to become less firm and shatter.