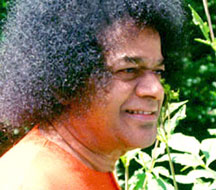 Importance and working of human body

It is a wrong notion that people consider health in relation to worldly existence. One also believes that health is of primary importance in the worldly transactions. For what purpose is the worldly existence? It is for the spiritual existence. Without the goal of spiritual life, the physical existence is meaningless. Protecting and preserving health is for experiencing the atmananda, the ultimate bliss and not for mere worldly existence. Therefore in order to preserve one’s health one must keep tabs on the food intake, habits and conduct. There are many lakhs of living beings in this world. It has been quoted that there are eighty four lakhs of living beings. But the number indicates the classes or species of living beings and does not indicate the number of lives. Out of them, eighty three lakhs ninety nine thousand nine hundred and ninety nine species eat food that is not cooked. They eat food that is natural and available in the world. They eat the food that is available naturally without making any changes to it. Hence the eighty three lakhs ninety nine thousand nine hundred and ninety nine types of living beings experience and enjoy good health. However under the influence of some conditions like the climate and due to their own carelessness some of the species are subjected to diseases. It is man alone who is plagued with many diseases!! Many new diseases are rampant in man. The reason for such rampant diseases is the aversion of man for the naturally occurring food that is God’s creation. Man is a victim of his tongue and strives to satisfy the taste buds based on his likes and dislikes. He is killing the life force that is present in naturally occurring food by cooking it. By eating food that is devoid of life force, man is weakening his own life force thereby being subjected to many illnesses. Had man taken to eating the food that is available in its natural state, he wouldn’t have been subjected to diseases. Each part, each system in the human body is sustained by specific life giving cells. There are certain factors that limit the functioning of a body part. The elements in the stomach must maintain the fine balance and be present in the required proportions. Man is subjected to illness if the elements are imbalanced. In the body, the organs and parts might appear different. The head may be considered as located above, on top; but the reason for the headache is not the head but the stomach. Similarly the cause for the ailments of different parts of the body lies in the stomach. The stomach digests whatever is put in it and supplies the essence of it to all the organs. Hence the power of digestion of the stomach is God given and is likened to the sacred fire. “Aham vaishva naro bhootva” meaning, “I am present in beings as the fire of digestion” God resides in man as the digestive force and this runs and governs all the life processes in the body. What kind of food must be offered to the God who resides in the beings? The food offered must be the one created by God but not those that are made by man. When food that is in its natural state, which is created by God, is given to the stomach, it will digest it properly and give health to all the parts of the body. What is the real meaning of ‘aahara’ food? Grains, vegetables and fruits are considered as food. No! Everything in this world is food!! The one that experiences and enjoys the food is also food! In summary, it is the food that enjoys food! Man’s body is food. This body, that is itself food, is part taking something else which is food. An animal is a type of food. This animal eats some other animal as its food. Therefore, since food is eating food, care should be taken that the food suitable to the particular type of food is given to it. It is sheer ignorance to think that man is eating food. One’s body is food for some other being. The other being is food to some other entity. So when one observes keenly, one can conclude that all is food. However it is necessary that food be of Sathwic nature. Sathwic food is the one that is earned with Sathwic thoughts; it is the food that is earned through righteous means.