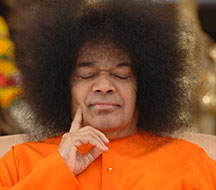 Everything is Brahman in this creation

All are children of God, parts of the divine, the manifestation of divinity. Hence it is said in Geetha, “mamaivamso jeevaloke jeevabhootahsanatanaha”- all are the sparks of the divine and the eternal. “Chukkalanniyu brahma, sooryundu adi brahma, Chandrudannanu brahma, jalamu brahma, Swargamannanu brahma, vaikuntamadi brahma Talli annanu brahma, tandri brahma Bhagyamannanu brahma, yogyatwamadi brahma, Jeevaraasulu brahma, jeevi brahma! Puttinchutadi brahma, poshinchutadi brahma Gittunchunadi brahma, gruhini brahma Karmalanniyu brahma, kaayambu brahma, Prakruthi anthayu brahma, praanambu adi brahma, Sarvamunu brahma, ee sabhayu brahma!!” All the stars, the Sun, the moon, water, heaven, Vaikuntha, the mother, the father, wealth, deservedness, living creatures, the individual, the creation, sustenance, annihilation, the householder, all actions, the body, the nature, the life, the whole universe is Brahman!! This august assembly is Brahman!! All are the forms of Brahma. There is no place without Brahma. Hence the Vedas teach, “Sarvatah Pani Paadau”, God is everywhere. The scientists confirm this fact by saying that there is atomic energy everywhere. There is no place without the atomic energy. The Vedanta depicted this as, “Anoraneeyan mahato maheeyan” God is present as in the smallest of the small and the biggest of the big. So God is everywhere. Just as this universe is filled with atomic energy, so also the whole cosmos is filled with God. Embodiments of Love! Therefore one need not worry about anything. One only has to contemplate on the Lord for there is nothing more important than that. It will give everything that one needs and makes one merge with the Brahman ultimately.