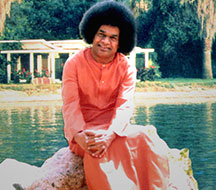 Music makes you forget yourself

One gets satisfaction by singing the miracles of God. Music, as all know, is melodious and pleasant to hear. During the early morning nagarsankeertan, people who do not know the songs also join the chorus. How sweet is this music!! An atheist and a theist equally get lost in the divine music. It is the music that makes one forget oneself and takes one to an ecstatic state. Not only this, through music one can convey and share the miracles, mystery and the divine qualities of the Lord.