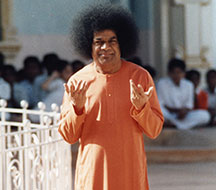 Sacrifice is most important path in life

There is no quality higher than sacrifice. To be able to sacrifice is like the king of quality. It is in this context that the Vedas have said, "Not by your wealth, not by your effort, not by your strength, you can attain immortality, it is only by sacrifice you can attain immortality". Thus, whatever learning you have acquired, you should pass on to the students and promote sacred ideas in them. In this context, I am hoping that, in order to promote such sacred ideas and thoughts into the minds of the children, the balvikas gurus should spend time and put efforts in this direction and should become useful teachers for the country.