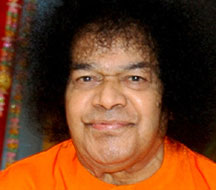 What is the meaning of spirituality

What is the meaning of spirituality? Thinking constantly of the self is considered as spirituality; no it is not so. Killing the animal nature in oneself and transforming the human nature into divine is termed as ‘spirituality’. But is it being done? Man has turned the human life into demonic one and is not making any effort to transform it into a divine life. Such transformation is “spirituality”. Man today is neglecting the sacred principle of spirituality. One considers spirituality as a matter of celebration with indulgence in delicious food and celebrations. That is not spirituality. One should think and ponder on the inner significance of every such sacred festival. One must consider oneself as a divine being in a human body for, then alone can one get rid of the animal nature in oneself. The animal nature has taken over man and he has become one of beastly nature while he has forgotten his human nature.