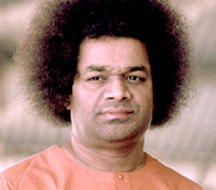 All sevadal members are blessed souls

All the members have assembled here as workers who have done all the work and so the development that is achieved is due to the workers. None of it was achieved by office bearers alone. Workers are all sanctified souls. Swami and the worker alone know the spirit of sacrifice with which one has worked. Swami is content with these workers. There is no wealth greater than this and no greater virtue than sacrifice. One who has this spirit of sacrifice is dear to God. One must not think that Swami has spoken harshly and walk out of the organisation. One must achieve staying within the organisation. All this is being told for one’s well being and welfare. Swami does not benefit anything from the fame and respect one gets with serving the society. Swami does not lose anything if one keeps away from service and becomes distant. Either the benefit of seva or the loss from abstaining, the good or the bad belong solely to the individual and not to Swami. One must inculcate strong determination and courage to sustain on the path of service.