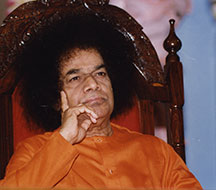 In view of the conference of Sevadal, thousands of names were sent from each district. But of these how many are those who have done service with conviction of purpose and purity of mind? In order to become a Sevadal in true sense, one must render service with purity of mind and with utmost concentration on the service being done. One must aspire to become the steadfast and firm Sevadal but not the wavering or part-time Sevadal. The Satya Sai organizations are bound by a code of conduct and Sevadal must conform to it. This is true education and this education must give the steadiness of purpose. Swami often tells the students: “Study for steady”!! One must always aspire to be steady unlike the dry leaf which sways this way and that. The presence of such wavering persons in the organisation brings disrepute to it.