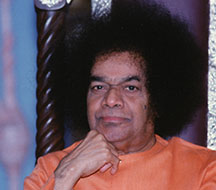 Swami on the importance of character; Analogy from Ramayana

One should not talk too much. Naturally, one loses one’s character by talking too much. People, generally, avoid those who talk too much. In ancient times people used to run away from a characterless person as they would from a serpent. When one analyses the life of any great person, one finds that it is their sacred character that made them great. Three fourths of character is life! In three fourths of human life it is the character that is very sacred. If one goes through the history clearly, one will certainly know how our ancients had complete control over their senses. A small example: King Janaka was ready to offer Sita in marriage to Rama after Rama broke the bow of Lord Shiva. Prior to the marriage Rama did not look at Sita even for a moment. Such was the greatness of Rama’s character that he would not look at any woman . The marriage is the responsibility of the parents and they would take care of it. He just remained quiet. When they sat near the altar for the wedding and got up to tie the sacred knot, Rama would look to his right when Sita happened to be on the left. King Janaka, who was sitting at Rama’s side, said repeatedly, “ Rama,here is Sita. You are looking somewhere else.” Rama did not listen to him. What was the reason? Rama had not yet tied the sacred knot and so would not look at Sita as she was not yet his wife!! This was the ideal that was propagated and demonstrated to the world by Rama!! All brothers behaved likewise. Lakshmana followed Rama to the forest, not for a day or two but for fourteen long years. Sita was also there in their company. Sita was very young at that time. She was eighteen years old. At that age, when she was accompanied by twenty year old Rama and Lakshmana for fourteen years, Lakshmana never looked at the face of Sita even for a second!! When Sita was abducted by Ravana, Lakshmana and Rama went in search of Sita. Hanuman and Sugreeva resided on a mountain. While being taken away, Sita, seeing a group of people on the mountain top, dropped the bundle containing her jewels. Rama and Lakshmana befriended Sugreeva while searching for Sita. They told Sugreeva the abduction of Sita by Ravana and their search for her. On hearing this Sugreeva brought the bundle of jewels to Rama and Lakshmana and asked them to verify if they belonged to Sita. Rama was not aware of the jewels of Sita. He then put the bundle in front of Lakshmana and said, “Lakshmana, do these jewels belong to your sister-in-law Sita?” Then Lakshmana said, “I know not to whom this necklace belongs to! I know not to whom these bangles belong to! But I know for sure the anklets belong to Sita.” Rama said, “How do you know that these are Sita’s anklets?” Lakshmana said, “I bow to her feet every day and used to see the anklets, hence I know that.” Although Lakshmana was with Sita in the forests for fourteen years, he never looked at Sita’s face. Because of their perfect character then, they are remembered even to this day. So for this youthful, noble and divine life, that gives all the brilliance and the crown of peace, one should protect and safe guard one’s character. One must, either man or woman, safe guard one’s character and deem it to be the very life.