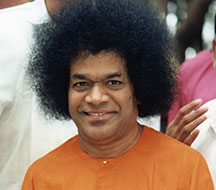 Analogy from Mahabharatha explaining the importance of aim and concentration

The tree born out of mud is mud and cannot be anything different from mud. Likewise prakruthi, nature that one sees around, and which is born of Brahman is essentially Brahman and it cannot be anything else. It is an apparent illusory vision, which makes one think that, the nature is different from Brahman. This is the teaching of Vedanta. In order to recognise and realise this truth one must have the ability to comprehend and an aim. A small example to illustrate the aspect of ‘lakshyamu’ or aim: In the epic Mahabharata, Guru Dronacharya while teaching archery to the Pandavas, tied a bird to a tree and asked the Pandavas to shoot the bird one by one. When the Pandavas came forward one by one to aim and shoot the bird, Guru Dronacharya asked them a few questions. When Bheema, the strong man, came to try his hand at aiming and shooting, guru asked him, “Bheema, what do you see?” Bheema, fully aware of his enormous strength, answered, “I see a tree, I see a bird, I see the rope with which the bird is tied to the tree and I also see the sky behind the bird.” Guru replied,” You see so many things; your concentration is not up to the mark, sit aside.” Likewise all the four brothers were called and three of them answered similarly as they saw many more objects around than Bheema. When it was Arjuna’s turn, he answered, “Guruji, I see only the bird and nothing else.” A person with an intense desire to learn a particular thing must concentrate and devote his mind to the task; that is the proof of dedication. But today man aspires to learn one thing but concentrates on many unrelated things. This is the reason why one fails to reach the aimed destination or learn what one wishes to learn. One must develop the one pointed vision like Arjuna to achieve one’s goals.