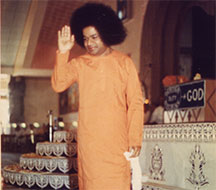 Develop sacred qualities and get rid of animal qualities

Embodiments of Love! One must make every effort to know the sacred qualities in a human being. The anger, lust, greed, ego, envy, are not human qualities but animal qualities. Those are not the qualities to be present in humans. It is a beast that causes fear and an animal that fears. Man is neither a beast nor an animal. One should not cause fear nor be fearful. One must transcend these qualities and conduct oneself as true human being. This chief quality must be imbibed by the youth today. One should never create fear in others nor be afraid of anybody. One should have fear of sin.