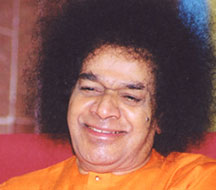 Have control over your speech

The faculty of speech is represented by Saraswathi. We should make use of proper words. You cannot speak as you like. You cannot always oblige but you can speak always obligingly. Therefore, we should attach value to our words. If you slip, it doesn’t matter; the slip of the tongue is worse than hell. So you should never slip in your speech. Your words should never hurt anybody. You should ensure that no one would be hurt by your words. That is the main quality of a man. You may feel that it is very difficult. This is a big mistake. It is very easy. Words are under our control. Words dance on your tongue. The tongue has no bone - it can twist in any way. So we should ensure that it works in a sacred manner. Sound is eternal, immortal, ancient and modern, un-polluted and crystal clear. Sound arises from the tongue. God is the very form of sound. God has all these eight attributes, of the movement, of the talk, of the light, of the eternal bliss and of the sound. So our words have got to be sweet. Listeners should be happy to hear you. You must demonstrate your human qualities this way. Truth and love are essential for human life to blossom and manifest.