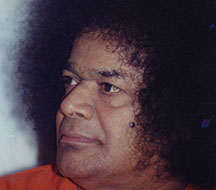 Discipline is the backbone for mankind

Embodiments of Divine Love, For all living beings, discipline is as important as life itself. It is more so in the case of humans, for whom discipline is the moral backbone. Without discipline, life would be totally ruined. Discipline implies strict adherence to rules, regulation and principles. Humanity would collapse if there were no rules and regulations defined within a moral framework. There is an ancient saying that without moral discipline, there can be no welfare and prosperity in society. Discipline cannot be acquired from books and in classrooms. It becomes ingrained only when daily life is properly regulated. Discipline is essential in every single action one performs from morning to night, and must prevail throughout one’s life. Discipline is required not only for individuals but for organisations and political systems also, indeed for the whole of society. From institutions to nations, none can survive without discipline. It is discipline alone that promotes unity between individuals, bonds individuals to society, and unifies entire communities. This is the reason why discipline is an essential aspect of human existence. Discipline is essential even is simple matters like talking, singing and playing.