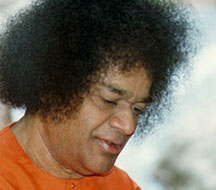 Everyone needs to be disciplined

Discipline is a must not only for children but also for all adults, including teachers, officials and indeed every single citizen. Discipline is needed in small matters such as how to greet a person, how to show respect to elders, as also when to stand up and when one can be seated while in the presence of others. Many children slouch while sitting. This is a bad habit. Sitting erect is a must for stimulating good thoughts and improving the intellect; that is the best way to achieve rapid concentration.