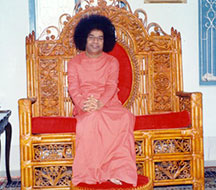 Guru nanak was the dear son of Tripta Devi and Srikaara. He gave great importance to devotion and dedication. He also stressed on having physical strength and valour to protect one’s devotion, abstaining from desiring things that belong to others. He was a great warrior who propagated that if it is the wealth that one desires then, it is best to desire the wealth of Almighty and none else’s. He taught that valour is quite essential in defending oneself and overcoming the hindrances and obstacles in one’s path of devotion.