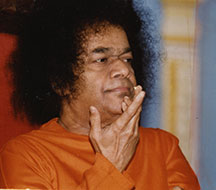 Thereafter the religion of Buddha or Buddhism came into existence. Buddha was the son of Mayadevi and Sudhdhodana. He propagated that man must make worthy use of the physical and mental capacities and know the truth through enquiry and know the root cause for the sorrows of the world and ultimately go beyond them with the help of the truth. Buddha preached that the pain and sorrow are all creations and illusions of one’s thoughts and that the pain and sorrow could be eliminated with the understanding of the inner meaning of life. ‘Dharmam sharanam gachchaami, Buddham sharanam gachchaami (I seek refuge in Dharma, I seek refuge in Buddha’. Buddha never uttered explicitly the words ‘God’ and ‘Bhakthi’, but he preached that one should love and be kind to others.